XYZ is an interactive installation proposing three non-conventional virtual instruments based on spatial and kinematic models to explore timbre, gesture and spatialisation. These models are implemented in a 3D simulation environment (Unity Game Engine) , presenting emergent and recursive characteristics that minimise visual information while maximising the exploration of aural space, through gesture and motion.

Sounds are procedurally generated in Supercollider using the incoming spatial and kinematic data from Unity via OSC messages. This approach reinforces the strong existing connection between the visual (gestural) and sonic aspects of these instruments.

Multiple simultaneous users are invited to interact with the piece using custom software interfaces on touch-screen hardware devices, allowing them to explore the proposed sounds and instrumental techniques, in a collaborative performance/improvisation. These instrumental techniques were implemented as control methods (API) in the scripting language (C#), including random and generative elements that introduce a certain level of indeterminacy and variety into the system.

This work was premiered on 31 May as a part of the NIME 2015 conference (New Interfaces for Musical Expression) and will be open to the public until 28 June at the Glassell Gallery (Shaw Centre for the Arts) in Baton Rouge, Louisiana. 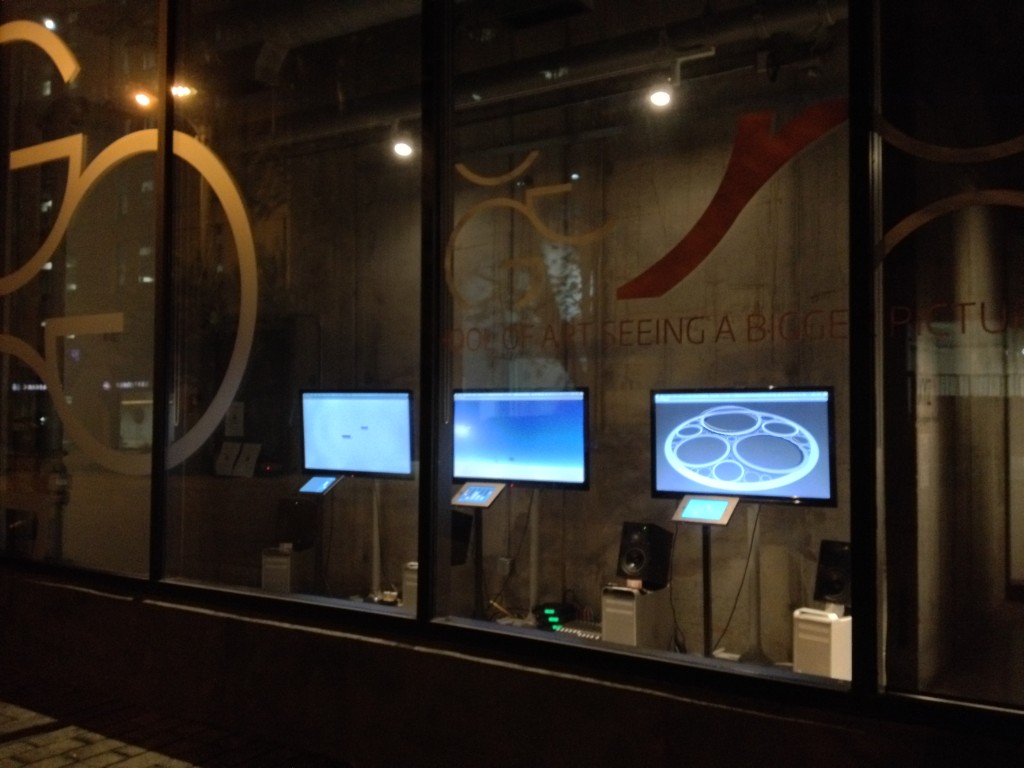 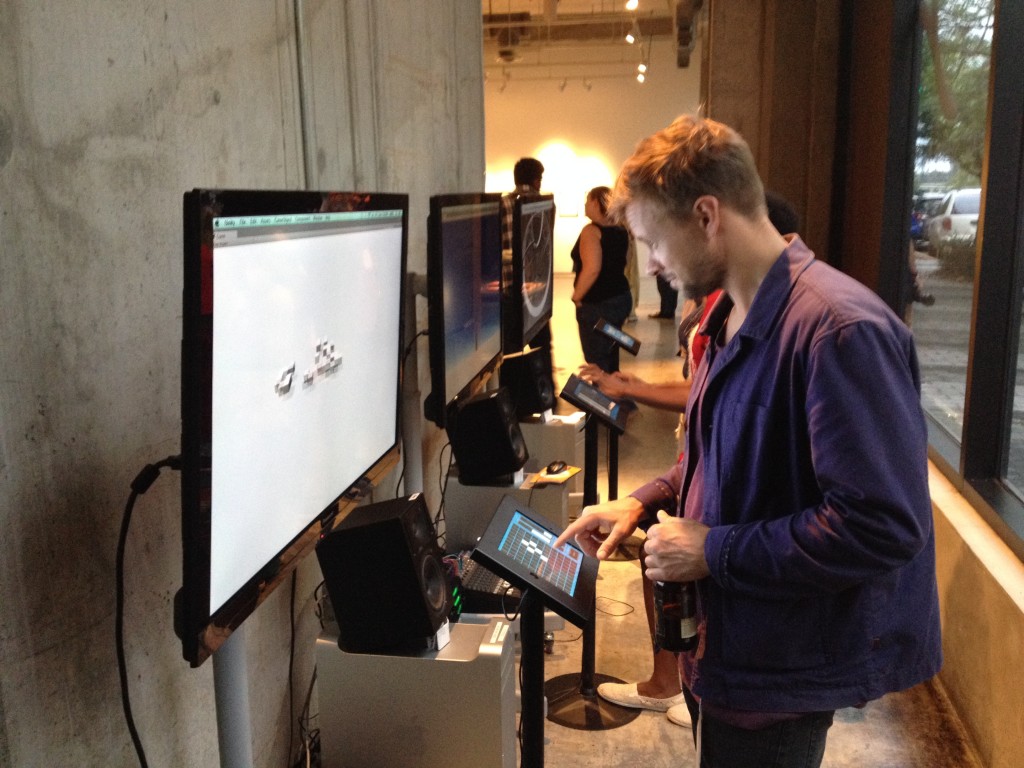 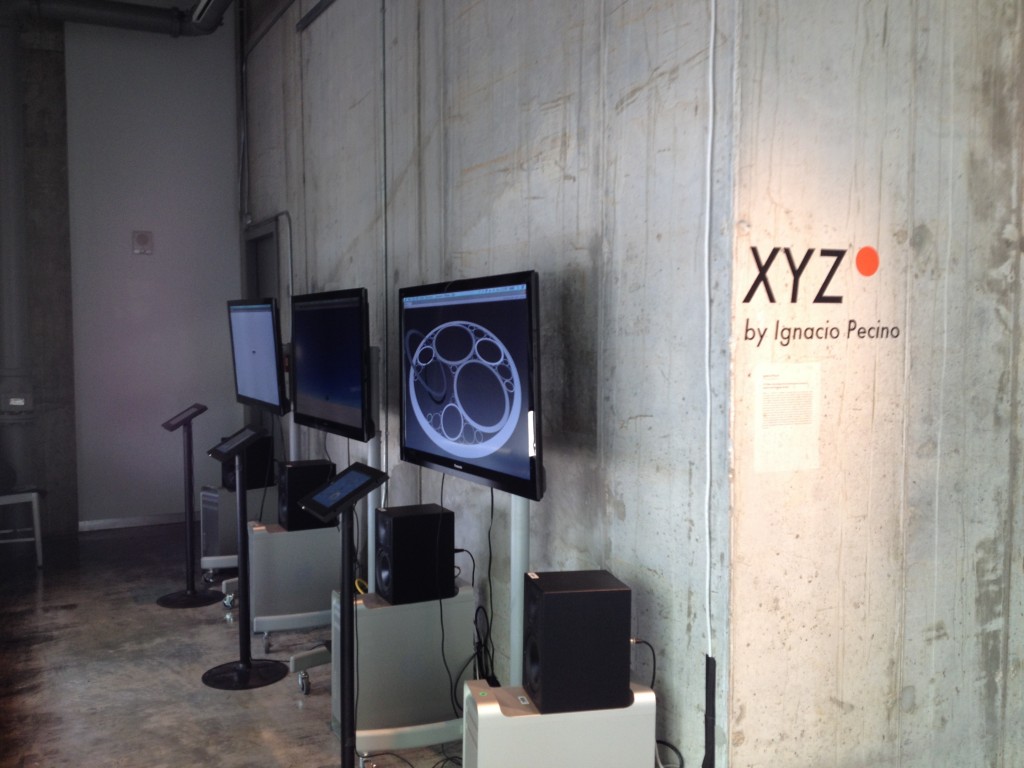 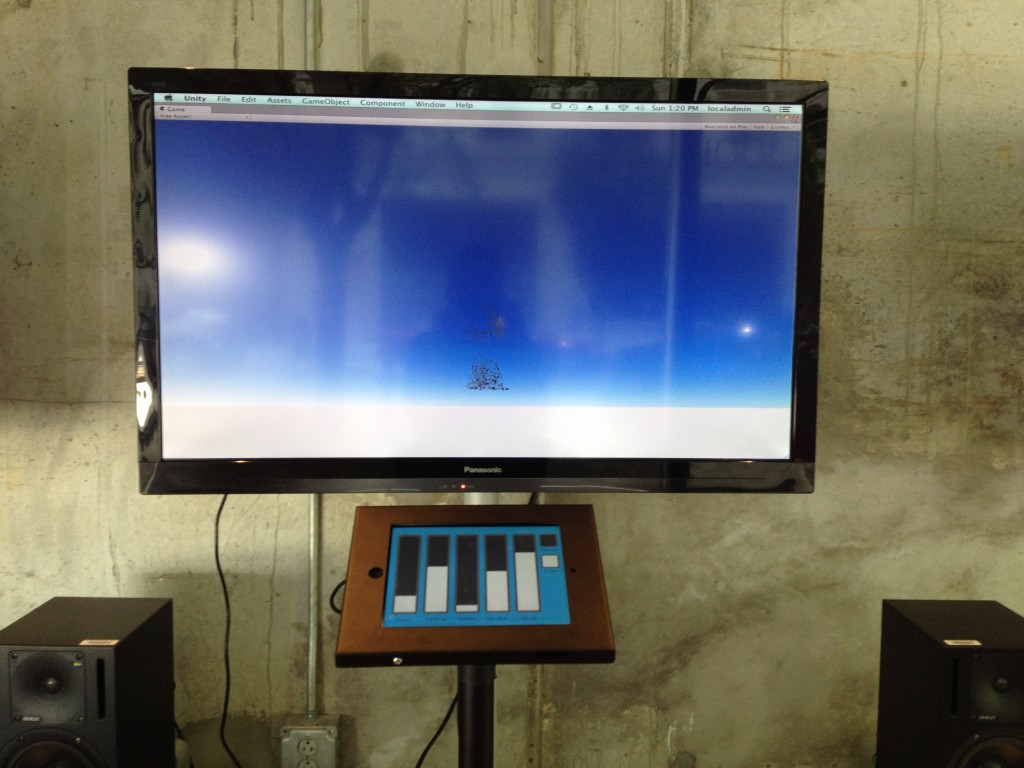 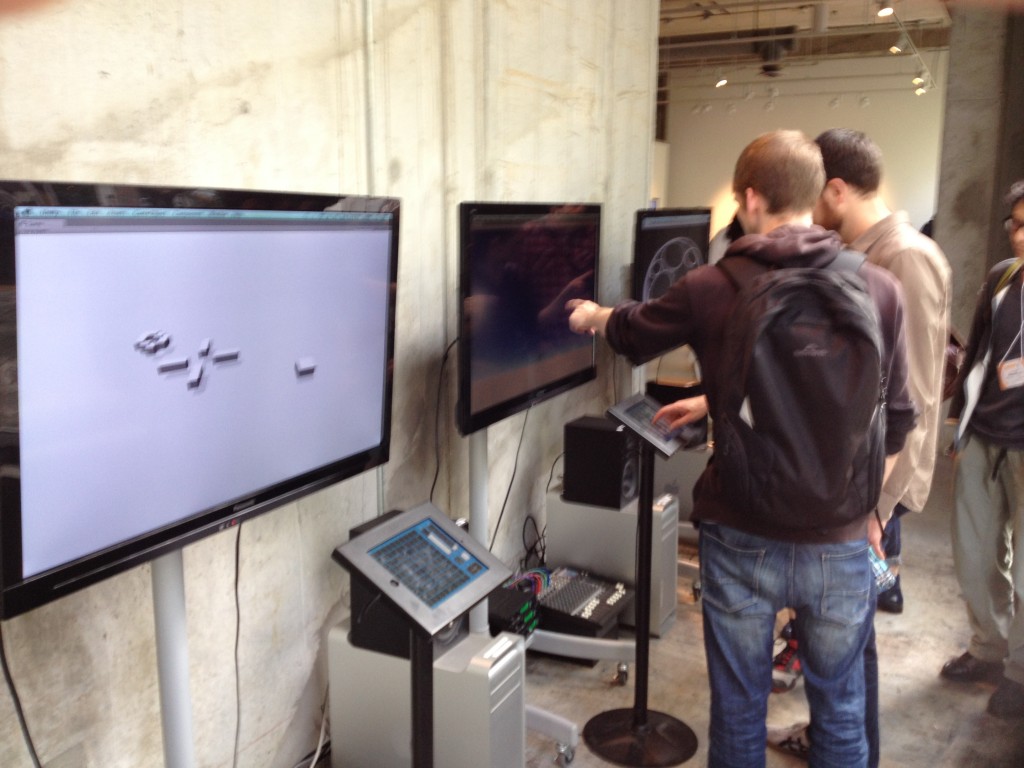 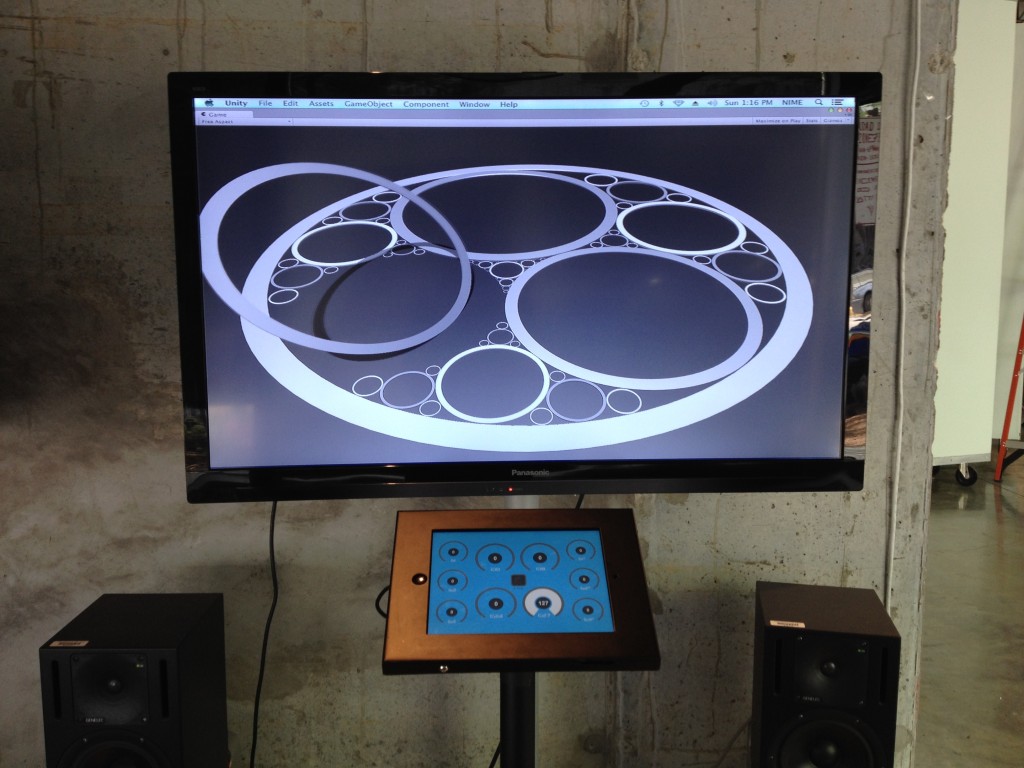