AudioMostly, a conference on interaction with sound, was celebrated in Corfu(Greece) on 26-28 Sept. 2012 in co-operation with the Association for Computing Machinery (ACM).
The conference themes over the past years varied, covering scientific and creative areas such as “Sound in Games”, “Interaction with Sound”, “Sound and Motion”, “Sound and Design” and “Sound and Context”. This year (2012) theme is “Sound as Future Vision”, aiming to cover ways that in the future may allow sound to play a different role compared to now. In this future sound may also inherit characteristics and significance that the visual component (graphics and vision) has today.

During this conference I presented the interactive piece “Swirls“, where some members of the audience were asked to explore the piece using smartphones as wireless controllers (via accelerometer).

These are some pictures from the rehearsal: 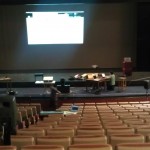 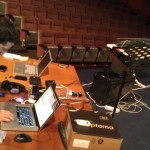 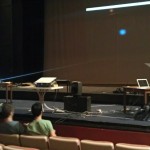 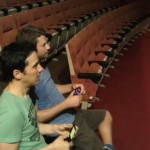 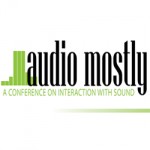